Netball for All
latest news and announcements
My Tweets 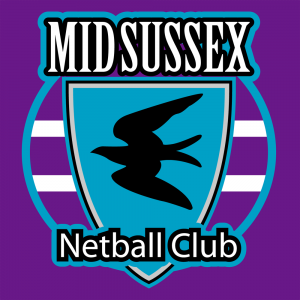 The club is affiliated to Sussex Netball and England Netball and we continue to be a Silver CAPS accredited club which reflects our organization and approach to player development.

COVID 19 – Club Activities will be resuming from Monday 19th April

Please visit this page for the Return to Netball details.

Teams play in local leagues and enter annual tournaments for all age groups and we run performance squads for regional netball from the age of U12.

Most groups train at The Triangle Leisure Centre, Burgess Hill, on Saturday mornings from September – March, moving to an evening session in the week during the summer term. Some groups train at venues in Burgess Hill on mid week evenings – usually Monday, Tuesday or Thursday.

We have a team of enthusiastic and experienced coaches working at all levels and they are supported by some of our older players as assistant coaches and youth helpers.

The club’s traditional motto has been ‘Netball for All’. In the younger age groups we support and encourage players across a wide range of abilities, leading up to more competitive/selective netball in preparation for Regional/higher level competition at U13 and above. We also support the development of club netball for girls not selected to play in regional squads.

The Club is dependent on volunteer coaches, parent supporters and committee members and we rely on support from parents to ensure players can access as many opportunities to play netball as possible.

This site contains all club information including the latest news, announcements, training information.

New Joiners – We have an online system for expressing interest in joining the Club. Please follow this link for more info and to enter your child’s information.  MSN will then contact you as a space becomes available.

If you have any questions, please email us at membership@midsussexnetball.org.uk

Please check this site regularly for all news and information regarding our club.

Club Activities will be resuming from Monday 19th April

Club Activities will be resuming from Monday 19th April. Details are here: http://www.midsussexnetball.org.uk/training-groups-times/

Dear Mid Sussex Netball Members I hope you are all staying safe and well. Although the government has started to lift restrictions, England Netballs guidelines remain the same that no more than 6 players can Read more…